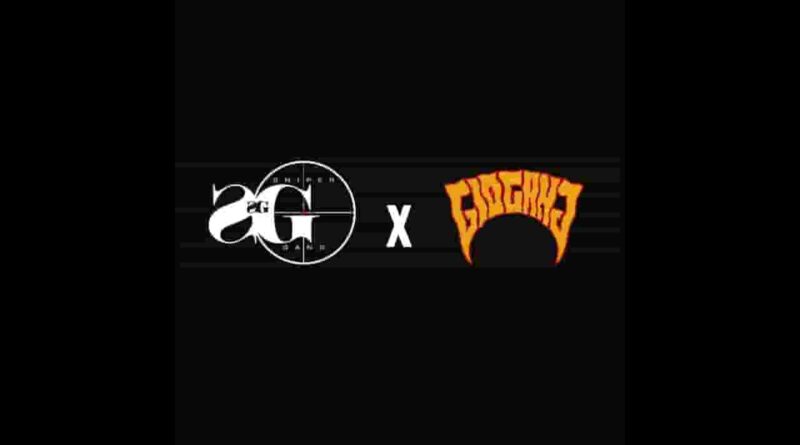 [Verse 1: Kodak Black]
Young nigga, I got old cash, now I got new money
I ‘on’t like doin’ no fucking interviews, I be in the room mumblin’
Dissing on the ‘Gram, but when I see him, I’ma have dude runnin’
Ain’t too many niggas around this bitch steppin’, so they know who done it
That’s why I got my TEC and that’s a bet, even on B-E-T
I don’t care ’bout this cheque, I’m living rackless, I be on PCP
They know I’m that nigga, fuck them issues, they wanna team with me
Once you say it’s up, my nigga’s up ’cause it could be this week
Thuggin’ hard, AK’s and AR’s in the muscle cars
Fuck the blogs, fuck this music shit ’cause I be bussin’ fraud
I’m a bulldozer, make a nigga scoot over, bitch, I run my section
And you ain’t gotta likе me, you ain’t even gotta rеspect me, just don’t disrespect me
Postin’ gun, rappin’ ’bout that smoke, boy, you know you ass
Playin’ dumb, actin’ like I’m slow just to see who fast
Lil’ nigga but I make ’em take me serious like I’m six feet nine
Better stay far away and keep security ’cause I’m on your line
Fuck with mine, you know bullets flyin’, you know mommas cry
Fuck these diamonds get in that attire when it’s huntin’ time
Nigga tryna to come up on my shine, nigga, you know he dyin’
They’ll be howling, RIP that guy, he was on the rise

[Bridge: Kodak Black]
All my snipers clap
I don’t like to rap
Who gon’ fuck with Yak?
I killed eight niggas

[Verse 2: Chief Keef]
Young nigga, I got new cash, I got old cash
God damn, it’s the GOAT, man, it’s the GOAT, man
Fed ask where the pole at, we don’t show that
Pig ask where the dope at, can’t disclose that
Bitch, I got a fresh Gross pack and you know that
Hunnid K up in my coat pocket on the coat rack
Pretty chocolate bitch so black, got her soul snatched (Dududuh)
Broski in here baggin’ a book up, told him close that
Almighty don’t like nobody, bitch, you know that
Pussy postin’ ’em damn old racks, boy them throwbacks
Run in the trap, we leave yo throat back, on the doormat
Broski in here countin’ a book up, tryna close that
Beat ’em up, we gave his nose back with a ice pack
Better thank me, I gave his life back with a life hack
If I go to jail, I’ll get kites and send ’em right back
Like my daddy, I’ll be right back, I’ll be right back
French ass boys, I think they like me, think they like me (Like me)
Yellow bitch, she light the room up, ’cause she lightskin
Told me she don’t wanna go nowhere, I’m excitin’
The shells in this damn new choppa look like ice picks
Baby said I light the room up, but I’m dark skin
In the Raq, hit the block fast, get yo’ car spit
Swing the stick like a rock band, some guitar shit
Hit yo’ block, we don’t hit Walmart’s, we hit targets
Chief Sosa on some big shit, that’s some hard shit
Draco with the big wood on it, on some court shit
Pull up, chop yo’ damn block up, now you’re porky
No, I ain’t got no horses but I got Porsches
F*ck yo’ mom, I’m in that bitch, should’ve had abortion
Little ass nigga, I can take him like some courses
Thank God I was fortunate to have a fortune (Money)
How the fuck the Desert Eagle kick like a horse kick? (Money gang baby)
[Outro: Chief Keef]
What the f*ck they know? (Dududuh)
Trappin’ in front of that fu*kin’ store (Dududuh)
With a stick tryna buss a nigga (Bang)
Yeah (Ayy) 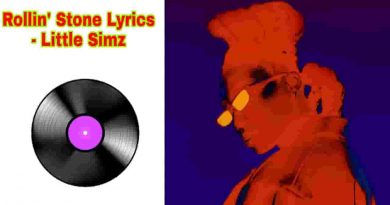 Rollin Stone Lyrics Little Simz – Sometimes I Might Be Introvert 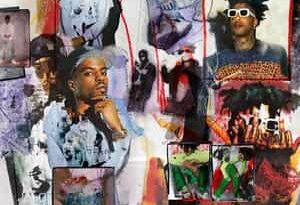