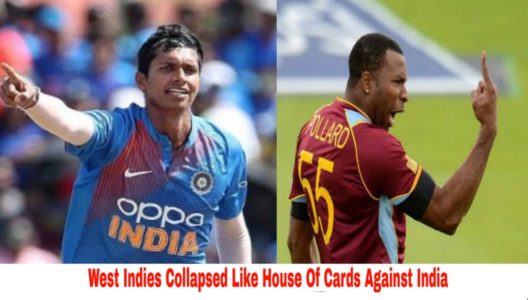 The first Twenty20 match between the West Indies and India begins on August 13. In this match, India started winning the toss and sent West Indies to bat. The West Indies send John Campbell and Evin Lewis to bat as the opening pair.

But in the second over of the first over, John Campbell got back out of Washington’s ball. Later, the other opener, Evin Lewis, was dismissed by Bhubaneswar in the second over. That way their innings gets shaky.

West Indies wicketkeeper Nicholas Puran got off to a good start but ended his innings by 20 runs with just 16 balls. Navdeep Saini took him out.

Hetmyer got out after that. Then Rovman Powell also came out shortly after with a short run. But he was dismissed as a West Indies innings.

After this one by one Narine and Keemo Paul got out. But Kieron Pollard played a great innings. He scored 49 off 49 balls. His innings was four fours and two fours. They scored 95 runs for 9 wickets in total.

And for India, Navdeep Saini performed a wonderful bowling. He took three wickets in his debut. He took 3 wickets for 17 runs in 4 overs. One of them is Maiden Wicket.

Undoubtedly Navdeep Saini is a surprisingly fast bowler for India. Hopefully next time he will show more great spells. Undoubtedly it is a matter of pride for Virat Kohli and India. 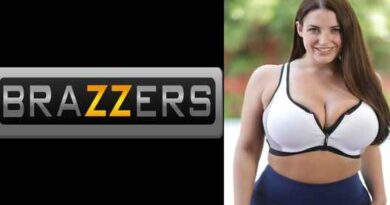 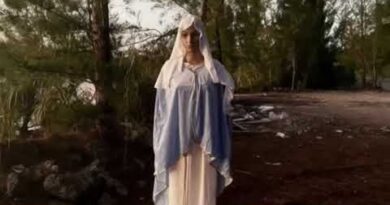 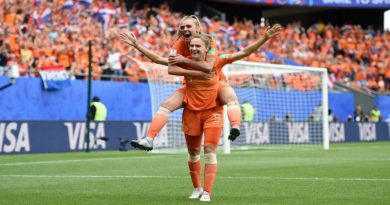 Vivianne Miedema Sealed Last 16 For Netherlands With Win Over Cameroon