Ekka Dokka Cast: Actress Sonamoni Saha (Sona Moni Saha) will lead this serial. She will act as Radhika in this drama. Previously, she acts as Mohor in Mohor serial and wins the heart of many audience. The hero of Sonamoni in this serial will be Saptarshi Maulik (Saptarshi Moulik). He will act as Pokhraj here. In earlier, he performs as ‘Dinka’ in Sreemoyee serial and amuses a millions of fans. Another important cast are: Bhaskar Banerjee, Moyna Mukherji, Chandan Sen. (Ekka Dokka actress name, Akka Dakka actor name, Ekka Dokka serial Cast, Akka Dokka serial)

Ekka Dokka Story or Synopsis: Pokhraj and Radhika are two Medical students from Sen and Majumdar family respectively. Both are meritorious student but fights every time. When the medical result is out, Pokhraj becomes first and Radhika becomes 2nd. So, she becomes angry and sad at the same time. But her father assures her that mark is not a problem, it is important to be a good doctor. Now, in a rainy day, Radhika slips her umbrella from her hand. Then our hero ‘Pokhraj’ enters the scene and holds an umbrella over her head. Radhika becomes red with anger but Pokhraj says, “Let’s continue our fight under the same roof” 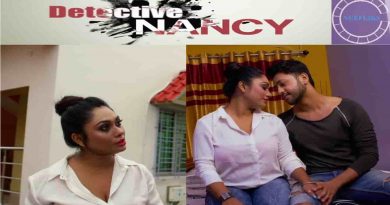