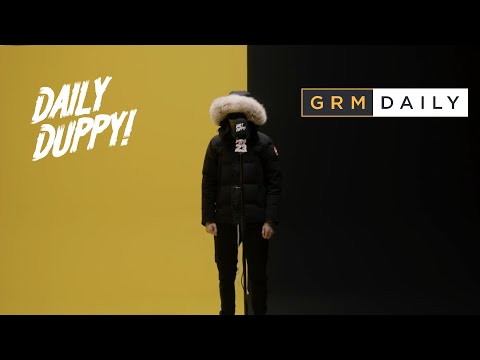 [Intro]
(You are now listening to Young Chencs)
Strip it back, huh
Aight, look

[Verse]
My flow’s unmatched
I talk to myself on my own, I’m tapped
Columbus, the way I took over the map
Composure, women lose that around man
My accountant’s monthly fee’s a grand
They don’t wanna see me and Ybeeez expand
I got a— got a strategic plan
I’m a big man now, I gotta feed the fam
Serious, now, it’s not a joke
Live Yours not a gang, it’s more like a cult
Big boy Ranges, Rover, not Vogue
White G-Wagon, I ride like the pope
Girls stressed that they can’t get a hold of me no more
GRM nominations, I got four awards
Ten-point lead, my team got the scoreboard
Cench, he a warlord, only want more gore
I don’t know many that done it like man
MDMA, same colour as man
Bare blue ticks in my DM requests
Got bare bad Bs that I ain’t holler back
I fucked famous tings that I’ve wanked over
Huh, I bust that nut into existence
If I get a feeling that you’re fugazi
I’m trustin’ my gut and my instinct
True colours show when they see a man blow, they switch
What the fuck was I thinkin’?
For the love of my siblings, man, I gotta double my income
Better yet, triple it
Wobble it, wiggle it, swallowin’, dribblin’
Jobless, IG modelin’
I saw you commentin’, squabblin’, I don’t do politics
I heard your tape, it don’t sound too promisin’
Need me a— Need me a crib same road as Abramovich
Undies right on my arse, I ain’t panickin’
Stand up tall for my rights, I’m an activist
Pen game come like .45 calibre
Stress, I’ll manage it, strong mentality
Almost fell off and lost my sanity
‘Course I’m plannin’ it, causin’ an anarchy
Psycho, hangin’ him put ’em in a gallery
I got label execs tryna sway me
I’m tryna fuck on the A&R lady
M’s on the paper, can’t persuade me
I’ve got a blueprint similar to JAY-Z
I’m matchin’ the car with the Rollie
I’ve got the same pattern as Pastor Tobi, huh
R.I.P. Marcus Garvey, the Babylon can’t control me, nah
Remainin’ calm through the madness
Flex and a man get jacked, no cactus
Mixtape dropped, but it’s more like chapter
My shooter in the six is sort of like a Raptor
I don’t know why you though that you could hack this
Send a man up to the north of the atlas
I was manifestin’ a kilo, I’m breakin’ the law with the law of attraction

[Intro]
(And this beat from Cash, not from YouTube)

[Verse]
These rappers never been paid, they get a lil’ famous, spend all their bands
They spend the whole fuckin’ advance
These rubbed out stars keep fuckin’ their fans, huh
It’s a bit different for me, if I had it my way, my bae wouldn’t know me
But no matter what country I’m in, the females there all know who I am
My gang’s not a play-play ting, it’s a serious type of organisation
We need the type of wealth that’ll stay in the world for a few generations
They doing whatever just to go viral, some internet sensation rappers
Big man on the net just bitchin’, I swear that they’re agin’ backwards
I just got the pendant full of baguettes, I feel like Frank when he put on the mink
They plottin’, I’m not surprised, I’ve been broke too, I know how they think
You inherited dough, we inherited debt, so I gotta catch up, I’m behind on the rent
What you know about takin’ risks?
‘Cause I lost five bags and declined an M
A lot of man came and went
I might do the same, get out of here sooner
Fake my death like 2Pac, move out the fam to a crib in Cuba
They wanna see a man go out like Biggie, but I ain’t ready to die
They saying that time is money, I got some money, ain’t got any time
Don’t be a fuckin’ fool and put your family’s life in jeopardy
They ain’t makin’ it out of the hood, it ain’t hard to find my enemies, uh
I gotta watch what I say these days, it’s long now, I’m a celebrity
I don’t wanna chit-chat, If it ain’t ’bout money, please dont message me
My ting clear, uh
Look in my rear, and I don’t see a single soul
Should’ve seen what we did with snow, had London like we was in North Pole, uh
Done with these Insta hoes, uh, tryna get the kid exposed, uh
Didn’t wanna link me though, and the bag wasn’t there, and the whip was old
Cench, I got a distinctive flow, uh
Tour life out of the country, truth be told, I ain’t missin’ home
Told the kids to stay in school, they ain’t hearin’ that, they just hit the roads
Pavin’ the way for the mandem, I come back down to uplift my bros
‘Fore I leave my guys, I’ll slit my throat, nah
Can’t mix pleasure with business, but this A&R lady’s fire
Gotta keep this one quiet, gotta deny it, she might get fired
As long as your pussy’s tight, I don’t care who you fucked on prior
Chasin’ bags, not bitches, which is the reason that my eyes look tired
We get paid to go to the club, the fuck?
You think that we’re there for fun?
You know that you’re in for some serious head when she puts her hair in a bun
I can’t look at them man the same, I’ve seen them lie and swear on their mums
Go to the hood and show some love, just spent 3k on Air Force 1s
Me and Wadz were sharin’ clothes, new J’s just dropped, got two pairs each
Two-bed flat, and it’s just for me, got a room for bro whenever he needs
What d’you mean, “Breathe, breathe”? Don’t tell me to breathe
Bae, be yourself with me, what you mean it’s only me?
Don’t sell me a dream 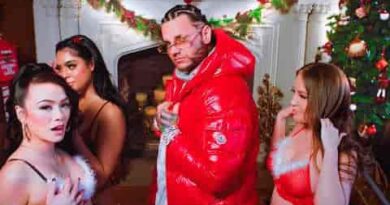 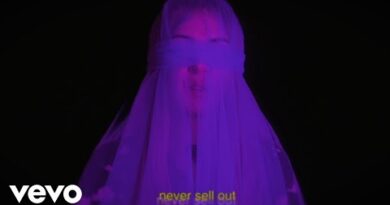 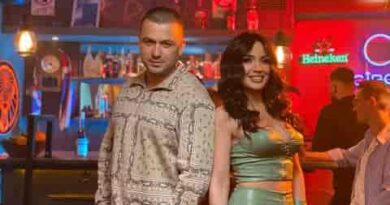